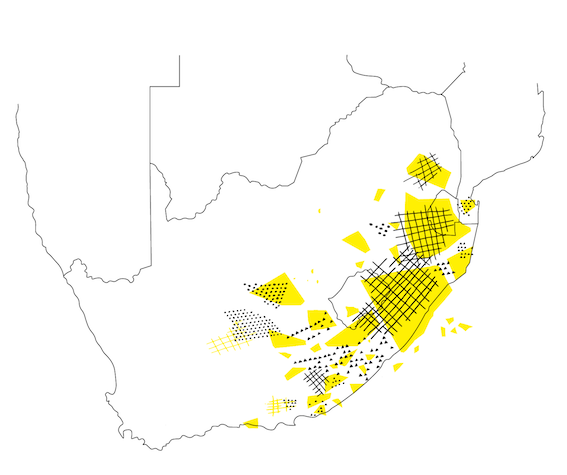 The 500 Year Archive (500YA) is a digital research platform developed by the Five Hundred Year Archive (FHYA) research initiative, a project of Archive and Public Culture (APC), based at the University of Cape Town.

It allows users to engage with a rich variety of resources pertinent to the history of southern African before European colonialism. Its purpose is to support historical research into these many neglected eras and to encourage the digitisation and the sharing of resources across a network of institutions. It also aims to build a public community of users who are passionate about southern African history and who are interested by the complex forces which shape that history over time.

The materials convened by the 500YA include published and unpublished texts (notably early texts in African languages), sound recordings, archaeological items, images and object collections. The materials have been drawn from local and international institutions, as well as from personal holdings.

Most, if not, all the materials that can be used to throw light on periods before European colonialism were produced, one way or another, later in time, mostly in the colonial and subsequent eras. Oral accounts concerning the past, for example, are accounts produced later in time than the periods to which they refer. Even archaeology which excavates remains from the distant past, does so in a particular, latter-day way that shapes and frames those materials.

The 500YA is distinctive for the many ways in which it attempts to reveal and record as much as possible about the conditions of production and framing of the materials and their reshaping over time. This includes records of the custodial histories of the materials it convenes.

The 500YA was initially launched using materials pertinent to the KwaZulu-Natal region. It has since broadened the scope of its geographic focus to the surrounding regions of what is today the Eastern Cape, eSwatini and Lesotho. New materials are constantly being added to the site.

The 500YA has been designed to grow organically in conversation with its users. As a user, you are encouraged to create a profile, make inputs, and upload items to share with the rest of the community.

The 500 Year Archive uses a version of the AtoM (Access to Memory) open source archival software. 500YA’s successor, EMANDULO, is currently in development. EMANDULO uses a locally developed open source software, Simple DL. A soft launch of EMANDULO is scheduled to take place in July 2021, following which it will be accessible to the public. Both platforms explore new forms of digital archiving designed to release materials from colonial categorisations, locate new materials and critically engage with software.

To get started on 500YA, take a look at our guide specifically designed for new users.