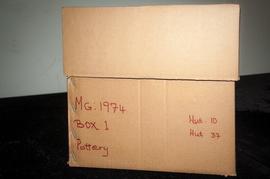 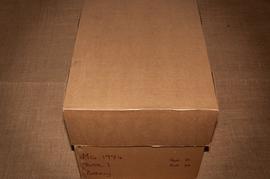 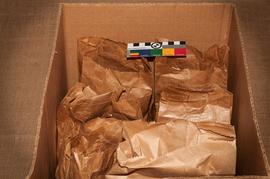 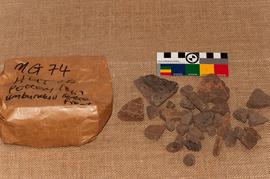 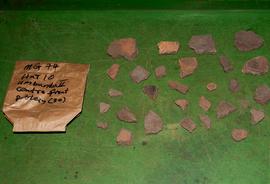 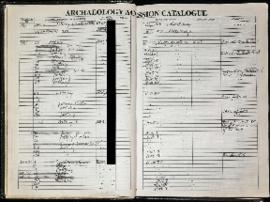 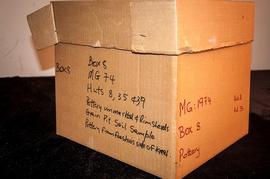 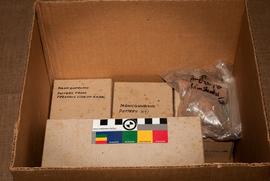 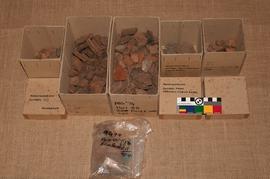 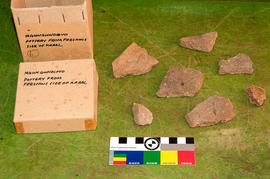 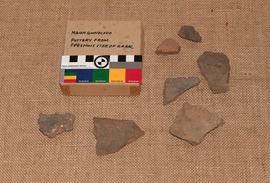 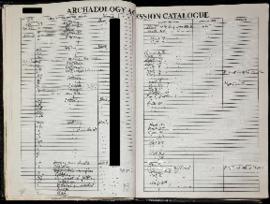 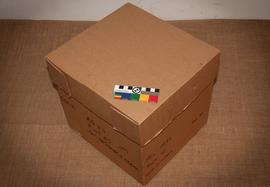 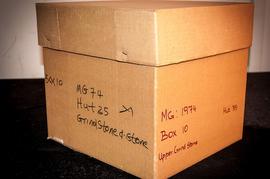 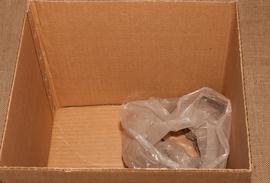 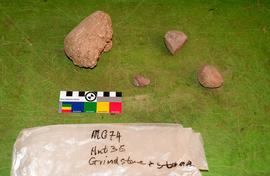 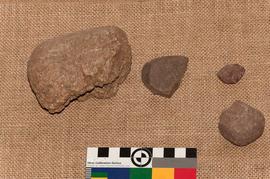 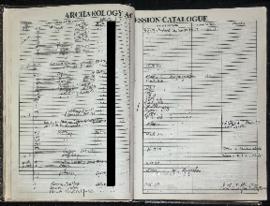 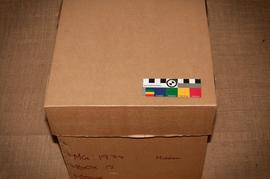 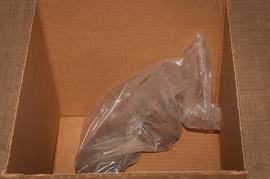 [Source - Chloe Rushovich for FHYA using material provided by eThembeni Cultural Heritage Management, 2018: The FHYA selection of the Archaeological material at the Amafa/Heritage KwaZulu Natali - provincial heritage conservation agency consists of the material excavated at the uMgungundlovu archaeological site by John Parkington, Mike Cronin, Cedric Poggenpoel, Oliver Davies, Rob Rawlinson, and Frans Roodt. The FHYA appointed eThembeni Cultural Heritage to compile a comprehensive database relating to the uMgungundlovu archaeological site, including collating descriptions of collections in curation; associated and peripheral materials such as museum documentation, accession information, registers, individual items; and historical notes pertaining to the site. The uMgungundlovu archaeological site has the National Site Number Mgungundlovu 2831AD 4. eThembeni identified material from multiple excavations located at two institutions, the KwaZulu-Natal Museum and Amafa, as well as items collected from the site and held at the Msunduzi Museum and personal research materials in the hands of individual excavators. One of the aims of the FHYA is to enable the digital reunification of items, in this case, the dispersed archaeological record of uMgungundlovu. Thus the FHYA site includes relevant material from Amafa, Msunduzi Museum and other holdings.

A total of four controlled excavation projects have been conducted at uMgungundlovu. In 1974 and 1975 members of the Archaeology Department of the University of Cape Town (UCT), led by Parkington, Mike Cronin, Cedric Poggenpoel, and Heinz Ruther, a survey specialist, explored the size and layout of the site and excavated. Parkington noted to the FHYA that his primary interest in the site related to the organisation of space. They were further assisted by Jeremy Baskin, John Wright, Chrissie Sievers, Simon Hall, Polly Scott and Frank Silberbauer. In 1975 advice was also provided by Martin Hall and Tim Maggs. Their excavations included clay floors in the isigodlo area, part of the isidoglo midden, hut floors from the Bheje, and hut floors associated with warrior houses. These excavations were suggested by Mr. George Chadwick of the National Monuments Council. The bulk of this archaeological material appears to be held within the Amafa Pietermaritzburg offices (Amafa PMB), where there are 40 large cardboard boxes of material excavated in 1974 and 1975. This material includes thousands of fragments of diagnostic and adiagnostic pottery sherds of ‘Zulu’ origin; also, some ‘Zulu’ beads; and a small quantity of fragments of adiagnostic teeth and bones. It is worth noting that none of the + 560 boxes of Amafa PMB uMgungundlovu archaeological materials are recorded within a digital format. The only information resides within a hand-written catalogue, for which eThembeni has created digital data. This required checking all the handwritten notes against the collection boxes contents.

The Amafa PMB 1978 artefact collection is significantly smaller, consisting of only 5 cardboard boxes, all of which are attributed to excavations conducted by Oliver Davies. It was during these excavations that the bulk of the material excavated from Dingane's floor was reputed to have been collected. However, this particular collection seems to consist only of metal remnants, faunal materials (teeth and bone), clay pipes, wooden remains, shells, ear plugs, earthenware and European glass and porcelain. Between 1983 and 1994, further work continued at the site under the auspices of the Natal Provincial Museums Service. This work was led by Frans Roodt, who worked on the hut floors from the Bheje areas as well as the isigodlo and the eastern side of uMgungundlovu. Consequently, the bulk of the archaeological material from the 1983, 1985 to 1992, and 1994 excavations is held in over 500 large cardboard artefact boxes at the Amafa PMB offices.]

[Source - Chloe Rushovich for FHYA using material provided by eThembeni Cultural Heritage Management, 2018: The Five Hundred Year Archive aims to research and lead enquiries into aspects of the southern African past, in the periods predating the existence of European imperial and colonial archives. The uMgungundlovu site (meaning ‘The secret conclave of the elephant ‘) served as the capital of the Zulu Kingdom between 1829 and 1839. When Dingane kaSenzangakhona succeeded Shaka to the Zulu Kingship in 1828 he followed his predecessor’s custom of building a number of large military amakhanda in the heart of the kingdom. Located within the eMakhosini uMgungundlovu was the largest of these amakhanda. Fully established by 1829, it served as the royal residence of Dingane and his isigodlo, his principal advisors and a large garrison of his favoured regiments. Umgungundlovu is the best preserved of all the capital amakhanda established during the height of the Zulu Kingdom. As an archaeological archive it has, and can still, shed light on both the physical layout and the social dynamics of 19th Century aristocratic society. The FHYA appointed the eThembeni Cultural Heritage to compile a comprehensive database relating to the uMgungundlovu archaeological site, including collating descriptions of collections in curation; associated and peripheral materials such as museum documentation, accession information, registers, individual items; and historical notes pertaining to the site. The FHYA selection from the Archaeological Collections at the Amafa/Heritage KwaZulu Natali provincial heritage conservation agency consists of material identified by eThembeni Cultural Heritage as having been excavated at uMgungundlovu. Specifically, this material has been excavated by John Parkington, Mike Cronin, Oliver Davies, Rob Rawlinson, and Frans Roodt. The FHYA arranged this material into ‘series’ which are named after the primary excavator, and then into further ‘subseries’ which are named after the year in which the material was accessioned. Within these ‘subseries’ are ‘files’ containing digital ‘items’ which consist of collection boxes and their contents.]