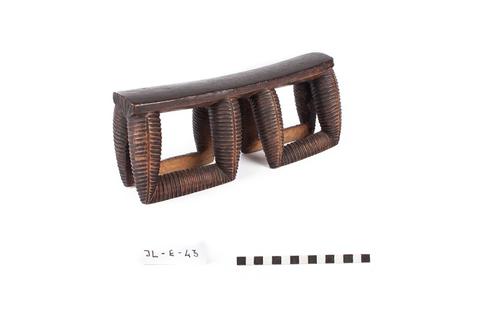 Jonathan Lowen employed Margaret Carey, a British ethnologist, to catalogue his collection collection in the winter of 1983-84. She classified many of the objects as 'Zulu' (sic) simply because of a lack of information about the objects. (Rhoda Rosen citing Sandra Klopper.)

For an extended version of this note on JAG classification see: 'JAG Classification Note' in Additional Resources]