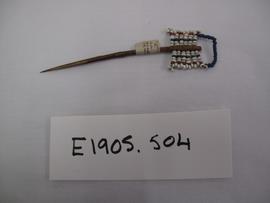 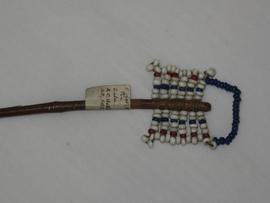 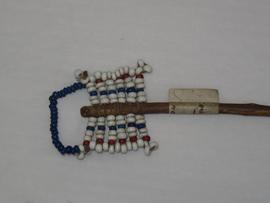 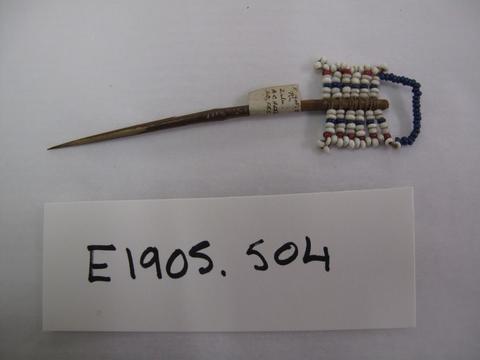 In 2017 the FHYA team conducted two workshops in rural KwaZulu-Natal Natal. At these workshops Grant McNulty, our facilitator, explained how Nessa Leibhamer, a researcher had been able to link two hairpins, found in two separate museums by accessing information found in the diaries of the collectors. As Nessa explains, "The Museum of Archaeology and Anthropology in Cambridge (MAA) and the Pitt Rivers Museum in Oxford have identical hairpins in their collection. The hairpin in the MAA collection was labeled ‘Zulu’ with no other information attached. However, information attached to the one at Pitt Rivers says it was collected ‘from Laduma’s Kraal, Swartkop, near P.Maritzburg, Natal, 1905. d.d. [donation date] H. Balfour 1906’. The donor of the hairpin to the Pitt Rivers Museum, Henry Balfour, and the donor of the hairpin to the MAA, A.C. Haddon, had both journeyed to South Africa in 1905 to attend a joint meeting of the British and South African Associations for the Advancement of Science. Their respective diaries have them both at Laduma’s homestead on the same day and so the evidence points strongly towards both hairpins coming from this source. Extensive historical and personal knowledge exists about Laduma, chief of the Mpumuza, who lived at Swartkops in the then Colony of Natal. With this knowledge both hairpins can be enriched with personalized knowledge about their collectors and their manufacturers and the moment of their acquisition can be contextualized at a historically specific moment in time."

At the first workshop, held at the Vukani Museum near Eshowe, Sabelo, one of the participants told us that his friend Thandi used a hairpin, which she called a hlokoloza. At the second workshop, held at the Luthuli Museum at Groutville, Boyzie, one of the participants told us very excitedly that his friend Zandile also owned a hairpin which was about 15cms long was made of metal with a head he described as being made of ‘melted plastic’. During the tea break. Boyzie he rushed off to fetch the hairpin from Zandile. On his return he explained that she had bought it from a ‘Chinese shop’ in Kwa Dukuza quite recently for about R5.00. Boyzie told us that Zandile used the Hlokoloza as a decorative hair accessory as well as to scratch her head when it itched. He also told us that, being made of metal with a sharp point, it was regarded as a very dangerous object. He and other participants then told us about people who had fallen asleep with the hairpin it in place and had injured themselves quite severely.

The workshop participants were fascinated to learn about the long history of the Hlokoloza in KwaZulu Natal and the realisation that it existed in a modern form generated a fascinating discussion on continuity and change. https://fhya.org/sfPublicUploadPlugin/file/id/235723