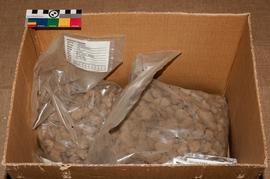 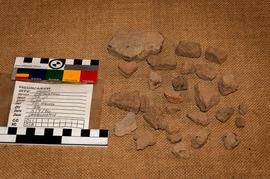 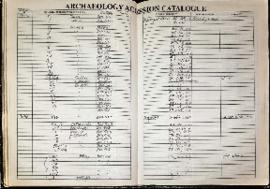 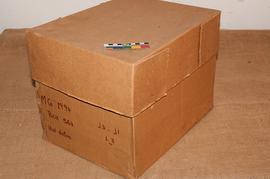 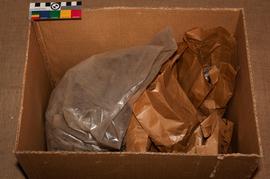 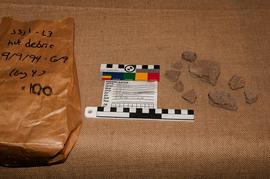 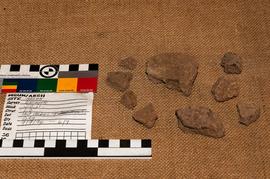 [Source - Chloe Rushovich for FHYA using material provided by eThembeni Cultural Heritage Management, 2018: Between 1983 and 1994 Frans Roodt excavated at the uMgungundlovu under the auspices of the Natal Provincial Museums Service. These excavations focused on the hut floors from the Bheje areas as well as the isigodlo and the eastern side of uMgungundlovu. eThembeni notes that they are unable to explain exactly which part of uMgungundlovu was excavated on each of Roodt’s field seasons, although this might be able to be done by cross-referencing the trench numbers in the Amafa Collections Register with excavation plan maps and sequencing data. Roodt’s most notable success whilst working at uMgungundlovu arrived in the form of the very important discovery of King Dingane’s hut, with its six-sided star shaped hearth, found within the isigodlo. Roodt’s work at Umgungundlovu was also supported through the work of archaeologist, Hester Lewis, who worked on site with Roodt for several years. Roodt did not excavate in 1984 and 1993. The 1984 excavations were probably postponed as a result of the proposed use of the site for the filming of the SABC Shaka Zulu series. The excavation work done in 1983 was financed by SABC and focused on determining the size and location of the huts in the isigodlo area so that the film series crew could reconstruct a portion of this area. Roodt’s material is housed in AMAFA. Roodt was also employed as the curator of the uMgungundlovu site and the associated museum that was planned for development. The FHYA arranged the Roodt excavation material into 1983, 1985, 1986, 1987, 1988, 1989, 1990, 1991, 1992, and 1994 ‘subseries’ in which ‘files’ containing digital ‘items’ which consist of the boxes and their contents.]